Kirstenbosch National Botanical Garden lives up to its reputation as the most beautiful garden in Africa and one of the great botanic gardens of the world. Few gardens can match the sheer grandeur of the setting of Kirstenbosch, against the eastern slopes of Cape Town’s Table Mountain

.Kirstenbosch was established in 1913 to promote, conserve and display the extraordinarily rich and diverse flora of southern Africa, and was the first botanic garden in the world to be devoted to a country’s indigenous flora.

Kirstenbosch displays a wide variety of the unique plant life of the Cape Flora, also known as fynbos, including sugarbushes (Protea spp.), pincushions (Leucospermum spp.) and heaths (Erica spp.). Plants from all the diverse regions and biomes of southern Africa are also grown at Kirstenbosch, including a near-complete collection of cycads (Encephalartos spp.). The Botanical Society Conservatory is a custom-built glasshouse to grow and display plants from the arid regions that cannot survive outdoors. There are over 7 000 species in cultivation at Kirstenbosch, including many rare and threatened species.

More than just a garden, Kirstenbosch is part of a nature reserve. The 36 hectare garden is part of a 528 hectare estate that contains protected mountainside supporting natural forest and fynbos along with a variety of animals and birds. The Kirstenbosch Estate borders the Table Mountain National Park, and the Garden merges seamlessly with the natural fynbos and forest of the mountain.

Kirstenbosch is the largest of a country-wide network of nine National Botanical Gardens administered by the South African National Biodiversity Institute (SANBI).

Our mission is to promote the sustainable use, conservation, appreciation and enjoyment of the exceptionally rich plant and animal life of South Africa, for the benefit of all people. 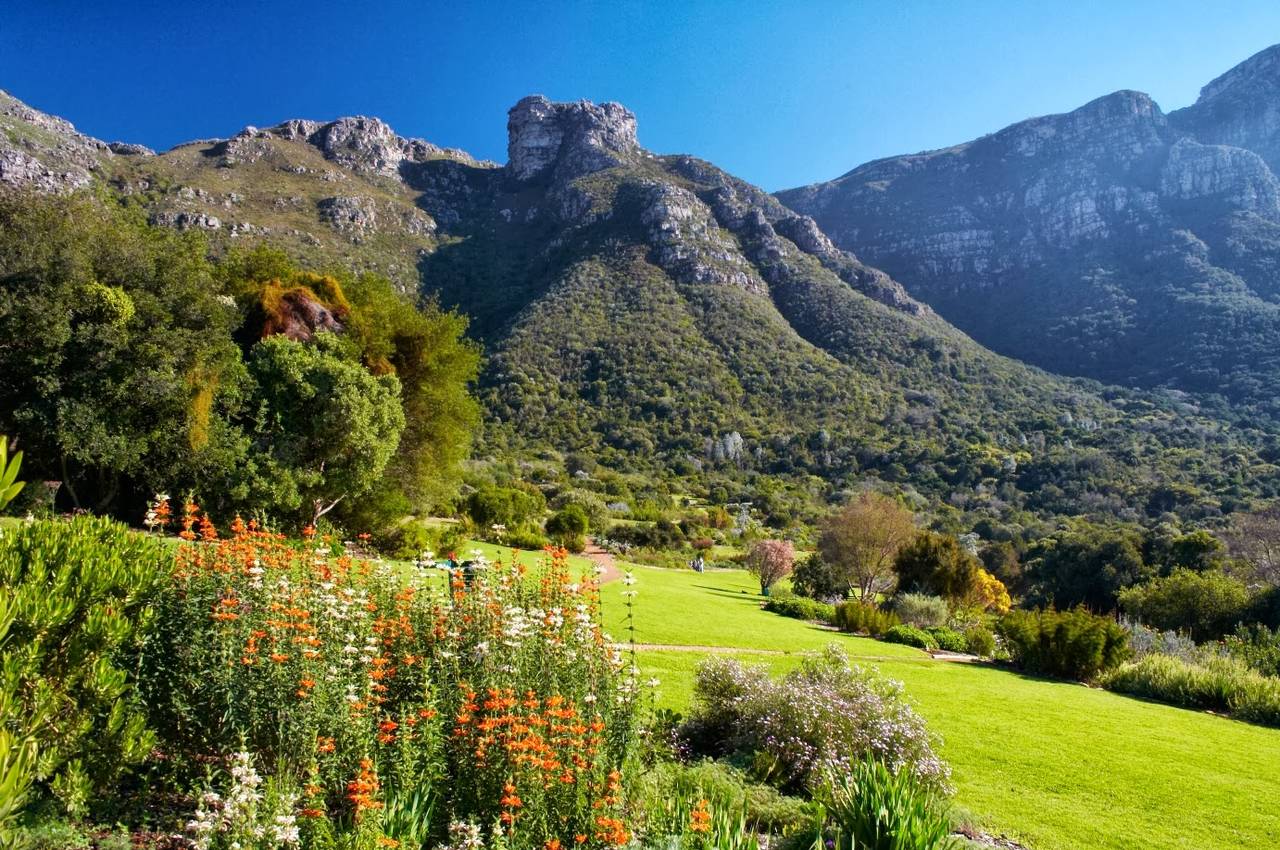 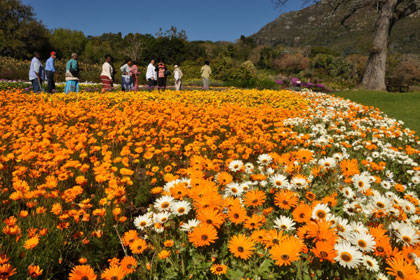 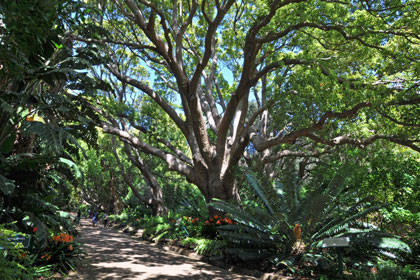 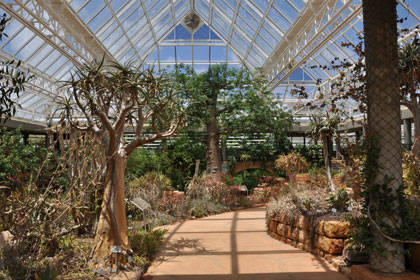 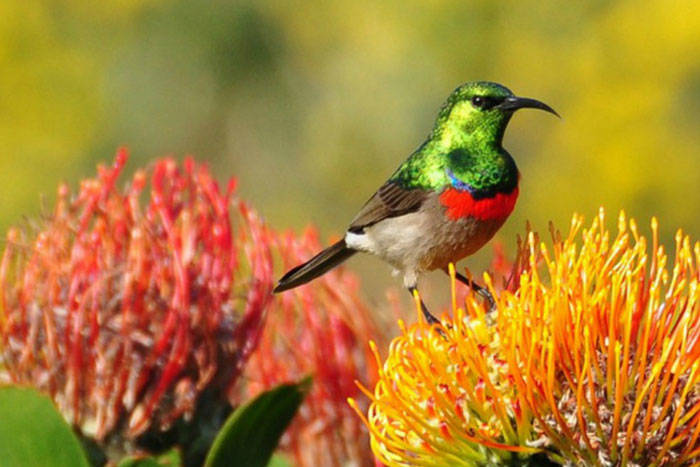