The Castle of Cape of Good Hope, South Africa's version of America's Pentagon, is a five point, star shaped fortress, and South Africa's oldest building built between 1666 and 1679.

Located in the heart of Cape Town, this is a surviving Colonial building which was declared a National Monument in 1936 and as a result is the best preserved fort of its kind. Originally constructed by the Dutch East India Company (VOC) to ward off possible British attacks. The oldest original bell in South Africa with a sound span stretching for 10 km was hung from the Castle's bell tower in 1684 to warn of danger.

The five flags of South Africa's historical journey are chronologically flown on site with the New South African flag flying proud as the sixth and final addition on the country's first architectural construction. 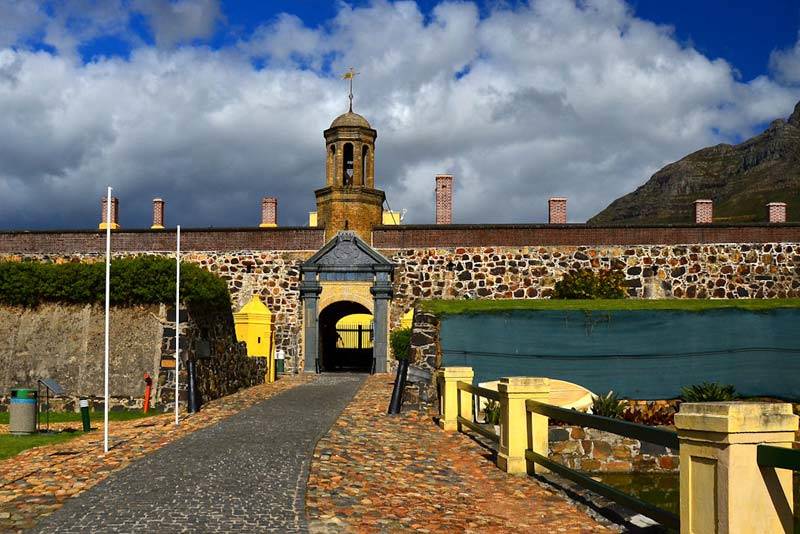 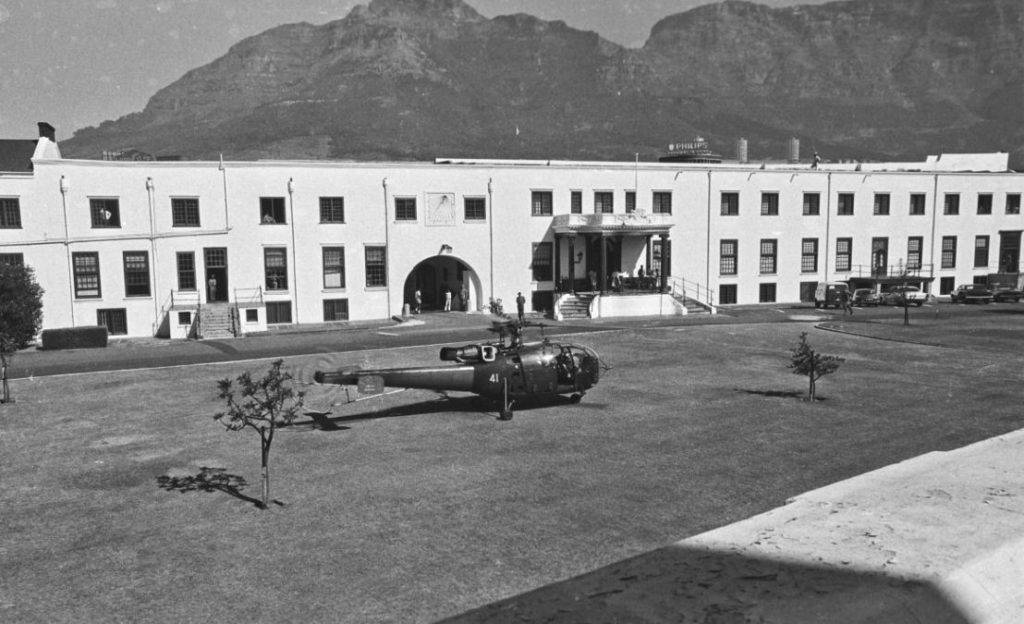 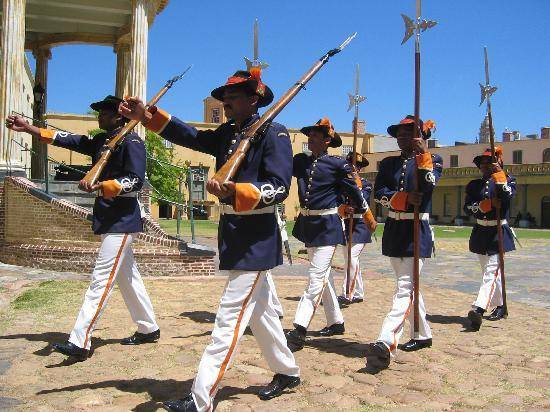 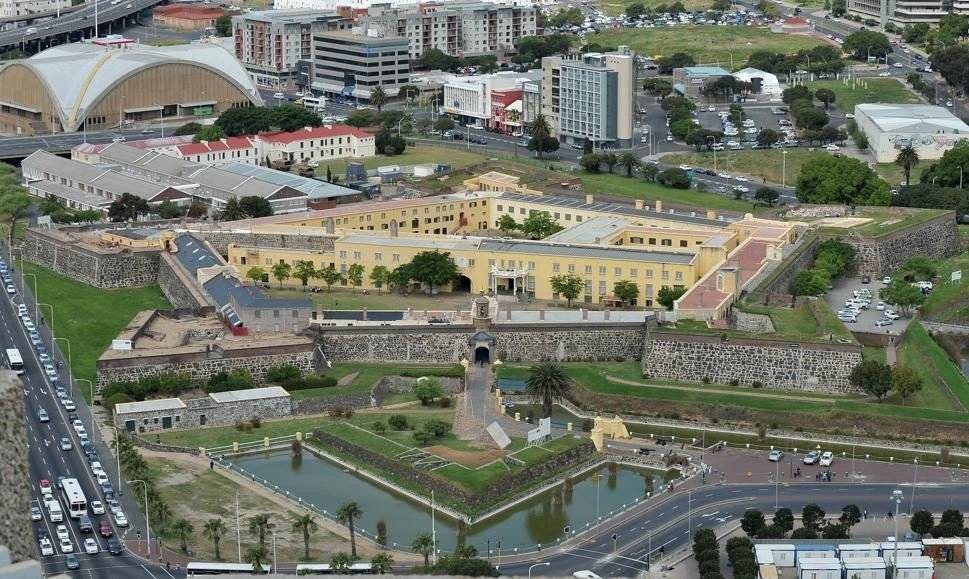